Free entry and exit to the Frankfurt Book Fair for Ragıp Zarakolu!

I’m free but my friends still languish in Turkish jails

More than 160,000 have fled northern Syria as Turkish offensive escalates

"One human rights observer called the flight from the region a “catastrophic civilian displacement.”
By Yuliya Talmazan, Mo Abbas and Keir Simmons 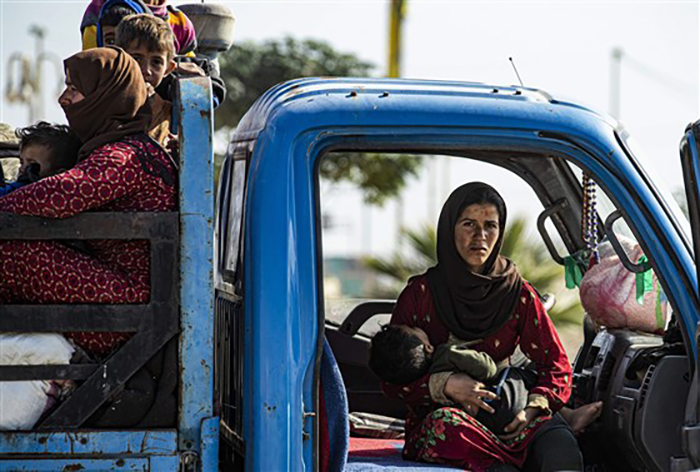 The U.N. has said an estimated 160,000 people have been displaced since the onset of the operation.
Delil Souleiman / AFP - Getty Images

The Turkish military incursion into northeast Syria is compounding an already dire humanitarian situation and forcing tens of thousands of people from their homes, according to human rights monitors.
According to U.N. Office for the Coordination of Humanitarian Affairs, at least 160,000 civilians have been displaced since the Turkish offensive began on Oct. 9.
The agency said they continue to receive additional reports of people on the move, so the actual number of displaced could be higher.
The Kurdish-led authority said Tuesday more than 275,000 people have been displaced, Reuters reported.
Rami Abdulrahman from the Syrian Observatory for Human Rights, which is based in London, told NBC News Tuesday that around 250,000 people have fled their homes in northeast Syria, in what he called a “catastrophic civilian displacement.”