I’m free but my friends still languish in Turkish jails

Mr Altan was locked up in the wake of the failed coup in 2016. This month the writer was released—and rearrested

“I HOLD OUT my hands and they handcuff me,” Ahmet Altan wrote in his prison memoir, recalling the moment a court sentenced him to life without parole on trumped-up terror and coup charges. His crimes, according to prosecutors, included sending “subliminal messages” urging the overthrow of President Recep Tayyip Erdogan’s government before an abortive coup in 2016. “I will never see the world again,” wrote Mr Altan (a line which gives the book its title). “I will never see a sky unframed by the walls of a courtyard.”
For a few days at least, Mr Altan, one of Turkey’s most popular writers, seemed to be wrong. On November 4th, following a retrial, a judge ordered that he and a fellow journalist be released under supervision. Outside the prison where he had languished for three years, Mr Altan ran into his daughter’s arms.
More than three years since the failed coup, some 30,000 people remain behind bars. They include thousands of judges, prosecutors, teachers and journalists, convicted or suspected of links, no matter how tenuous, to the Gülen community, a secretive Islamic movement believed to have spearheaded the coup. Scores of members of Turkey’s main Kurdish party, including Selahattin Demirtaş, a former presidential contender, are also in prison. Many of the new inmates have continued the tradition of Turkish prison literature. Mr Demirtaş produced a popular collection of essays. Kadri Gürsel, a veteran journalist, spent most of his 11 months behind bars writing a new book. Can Dündar, a film-maker who fled to Germany after being released in early 2016, thanked the authorities for locking him up and confiscating his smartphone, thereby giving him a chance to focus on his writing. In a recently coined joke, an inmate asks the prison librarian to borrow a book. “We don’t have the book,” says the librarian, “but we have the author.”
The tradition is well established in the Altan family. Mr Altan’s father, Cetin Altan, also an author, wrote his most acclaimed novel behind bars. When policemen came to arrest him following an army coup in 1971, the elder Altan offered them coffee. When they came for his son after a botched coup nearly half a century later, Ahmet Altan re-enacted the scene and offered them tea. “This country moves through history too slowly for time to go forward,” the younger man would later write, “so it folds back on itself instead.”
The book, recently published in English, is stitched together from notes Mr Altan passed to his lawyers. It reads like the travelogue of a restless mind, trapped with its owner inside a cramped prison but determined to stay free. Mr Altan wrestles with ideas and the passage of time. He catches glimpses of his brother, Mehmet, who was arrested with him. He discusses religion with his devout cellmates and hears an imprisoned judge say that he would have sentenced fewer people had he known what prison was like. On the brink of despair, he rejoices, like a man lost at sea finding land, when he gets his hands on a book (Tolstoy’s “The Cossacks”) from the prison library for the first time.

Mr Altan excites mixed feelings in Turkey. His novels have sold hundreds of thousands of copies. But many Turks accuse him of serving the Gülenist cause, wittingly or not, during his tenure as editor of Taraf, a (now-defunct) newspaper. Under Mr Altan, the paper broke dozens of stories implicating the army in a series of conspiracies against Mr Erdogan’s government in the late 2000s. Many of the leaked documents that inspired those stories, and the ensuing trials of hundreds of secular army officers and government opponents that followed, turned out to have been forged and supplied by Gülen supporters in the bureaucracy. Taraf bears “considerable responsibility” for enabling the Gülenists and Mr Erdogan to tighten their grip over state institutions, says Dani Rodrik, a Harvard economist whose father-in-law was among the arrested generals. (Formerly allies, the Gülenists and Mr Erdogan turned on each other around 2012.) But even Mr. Rodrik believes the trial to which Mr Altan was subjected was a sham. “While he deserves being discredited as a journalist,” he says, “the charges against him...are baseless.”
Turkish courts seem determined to dispense political vengeance rather than justice. On November 12th, barely a week after he tasted freedom for the first time in three years, Mr Altan was rearrested after prosecutors appealed against his release. This was no less than “psychological torture”, Article 19, a human-rights group, said in a statement. Ushered into a police car outside his home, Mr Altan waved and smiled into a photographer’s camera. “Before you start playing the drums of mercy for me, listen to what I tell you,” he had written from his cell. “You can imprison me but you cannot keep me here. Because, like all writers, I have magic. I can pass through your walls with ease.” 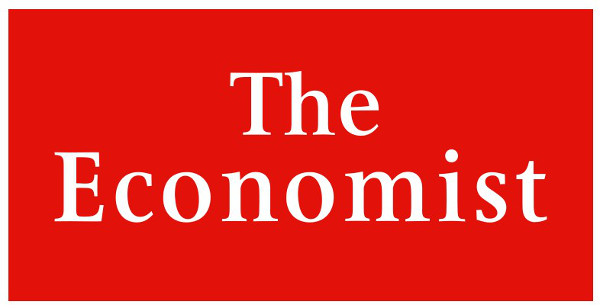